A Day in Legoland Malaysia

It was our 2nd anniversary! 2 years; 104 weeks; 730 days. At times it seems longer, way longer than 2 years, but definitely in a good way. Somehow I feel that the conversations that we are having and etc are making us a really "old" couple. On the other hand, sometimes everything still feels like yesterday!

We don't need fancy romantic dinner for two because love is about enjoying the time spent together doing things that we both love. And so.. for our anniversary this year we brought our camera babies and explored the first Legoland in Asia!

***
There are currently 6 Legoland Parks around the world; with 3 upcoming in Asia.

We booked our 1D Legoland Tour package from Five Stars Tour at SGD58/nett per pax which includes Two ways coach transfer by 45 seater coach and a One Day Legoland Pass. Checked in at Golden Mile at 08:30 and the coach picked us up at 18:30.

***
Legoland Malaysia just opened last year in September. However, the Lego-themed water park and hotel are still under construction, expected to be ready in 2013 and 2014 respectively. The park is bigger than Universal Studio Singapore with an area of 70 acres with the latter being 49 acres. Needless to say, the Legoland tickets are also cheaper!

It's located right in the middle of a big piece of still-undergoing-development-land. There are absolutely nothing around but a small mall - Medini Mall, located right in front of the park. So even if you got bored with the park, you can't go to any other place nearby but to stay in the park and wait for the time to pass to catch the coach back to Singapore. That's exactly what happened to us.. 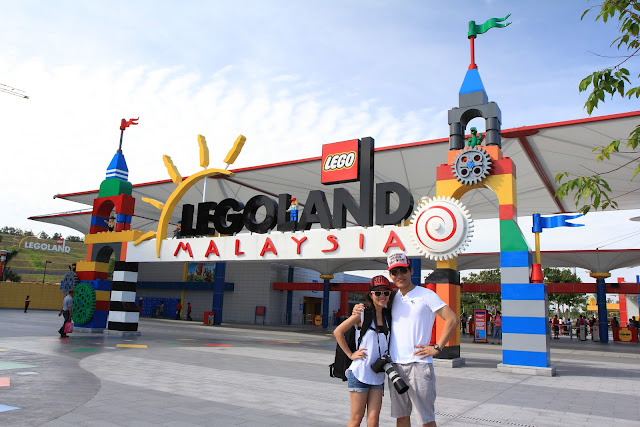 ***
There are seven zones of attractions: Miniland, The Beginning, Land of Adventure, Imagination, LEGO Kingdom, LEGO Technic, and LEGO City.

This is Miniland! Located right in the centre of the park, where you will be impressed by how they actually built the different Asian landmarks using LEGO bricks. 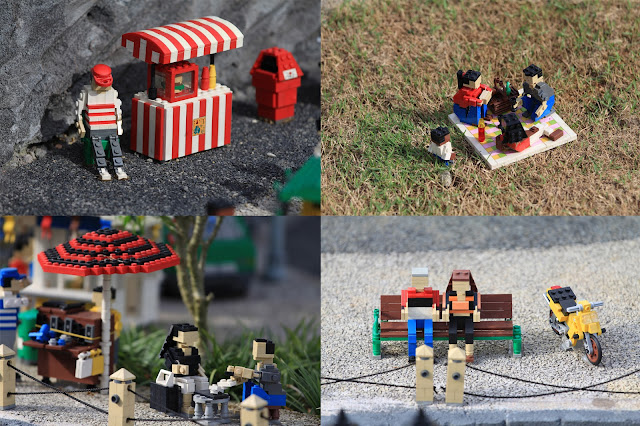 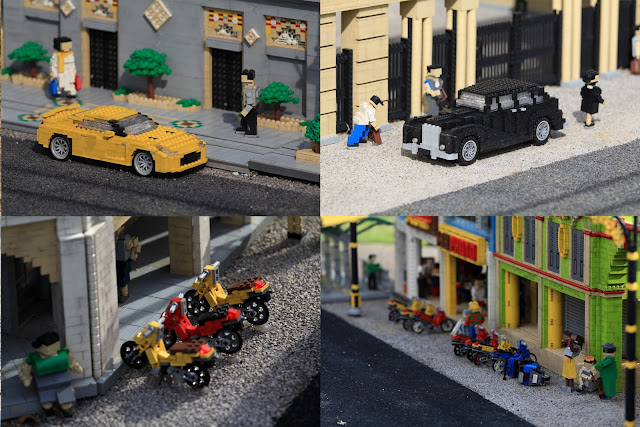 ***
There are over 40 rides in the park but we didn't play all the rides. Not that we've got not enough time but most of the rides are really kiddish. So basically, you don't really need a whole day to cover the whole park. There are really nothing much to do.. Just walking and perhaps more walking. But for us, it was more photos and more photos! Loving the rich colours there! 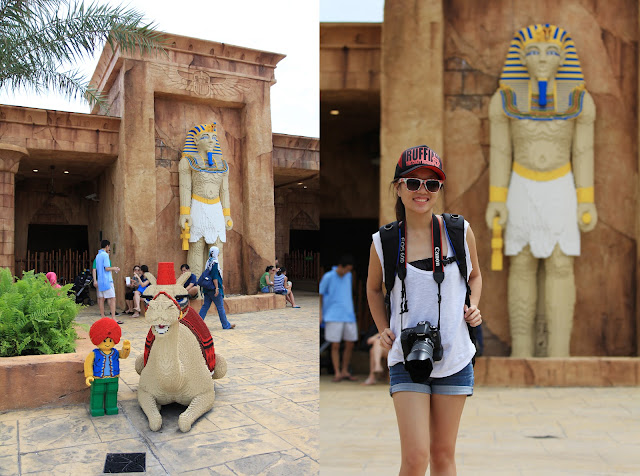 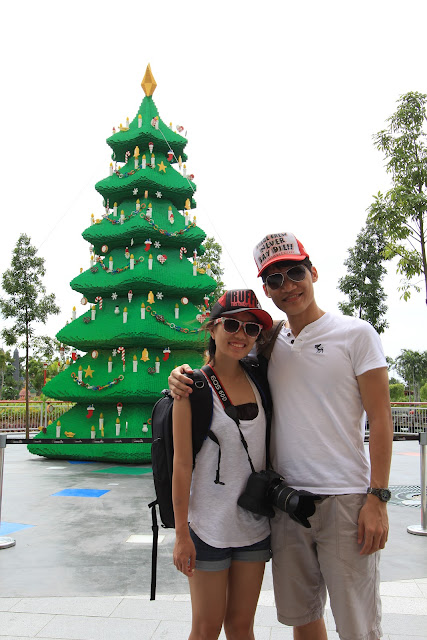 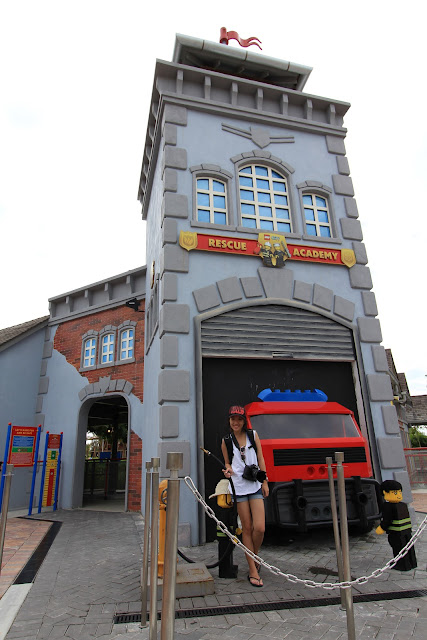 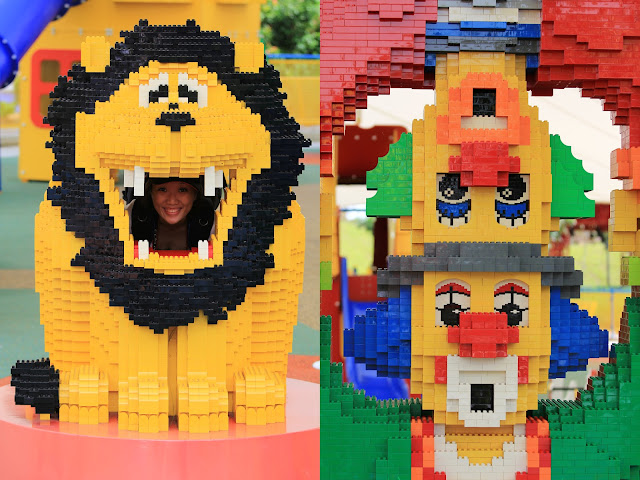 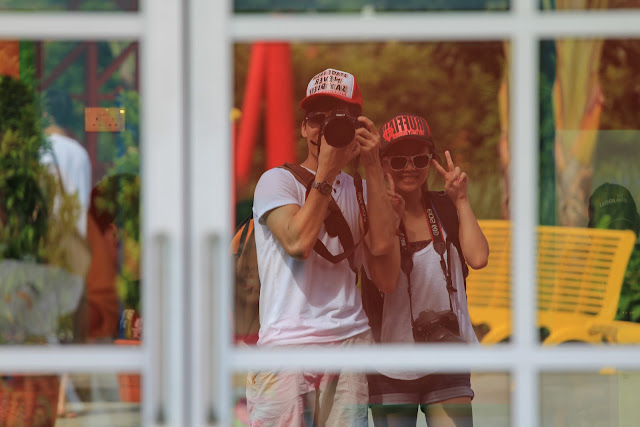 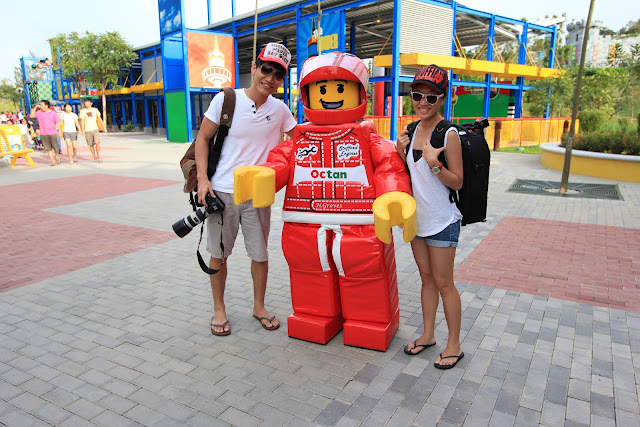 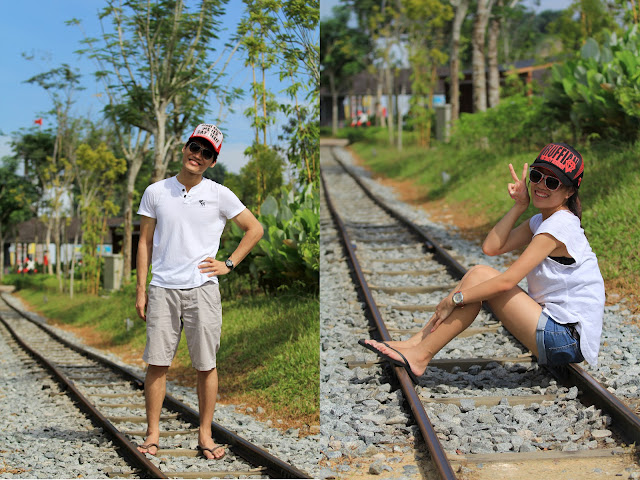 ***
Here are some of our personal tips to you:
Tips 1: Go on a Sunday to avoid the crowd.
Tips 2: Bring your sunblock/ sunscreen!
Tips 3: Remember to bring enough water supply (unless you don't mind paying for the overpriced drinks inside the park)
Tips 4: Eat at Medini Mall for more varieties and cheaper food.
Tips 5: Last but not least, be careful of the ink of the re-entry stamp. The stamp ink stained on the BK's white shirt!


All in all, I'd say it's worth the visit and be impressed by all the Lego sculptures! Definitely a great day out for families with small kids and as well as photographers. Ironically, I don't think I'd ever go back for a second time in the near future.. Till then! :)